What Is It In New York That Has Made It the Most Famous City in The World? 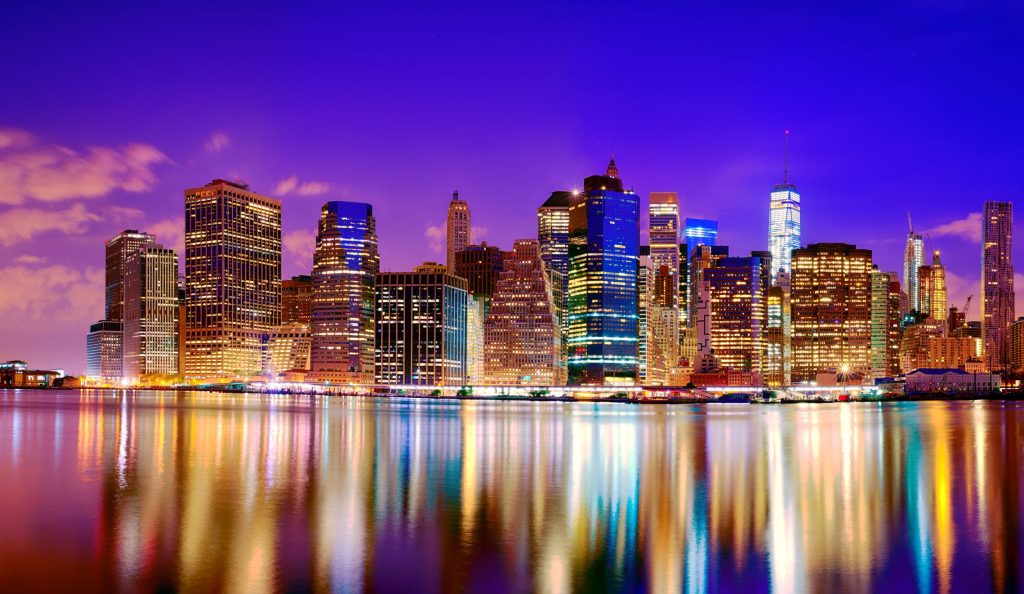 It is clear to everybody worldwide that New York is the most famous city. The Big Apple is a vibrant city famous for its exclusive shops, Broadway performances, and sky-rocketing business centers. In this article, we take a brief look at what New York is famous for and why it manages to attract so many visitors annually.

New York is more than just a place for flashing lights and vibrant shops. It is home to more than 8.3 million inhabitants and more than 800 languages. New York has become one of the intriguing symbols of cultural diversity and freedom throughout the United States. Without further ado, let’s dive in:

Why New York Is Famous?

Before getting into the list of top attraction sites, first, we should examine all the activities and characteristics that make New York one of the greatest cities on earth. Some say the visitors of New York have the world at their fingertips. From culture to food and art to entertainment, there is much to do and experience in New York. However, first, let’s have a look at what makes New York so famous?

Stage performance or theatre in Broadway is one of the most recognized symbols of New York City. The first thing that comes to mind when talking about New York is its Broadway Shows and Musicals that attract millions of people each year to a stage! Theatre is alive and kicking for art enthusiasts for you to enjoy your stay.

Sometimes called the land of opportunities, New York City provides many business opportunities to have a fresh start. There is something for everyone to enjoy and pursue on the horizon of business centers and tall tycoons that accommodate cultural diversity and popular global businesses.

Wall Street is one of the most famous leading financial capitals of the world. This world-renowned street is on the lower Manhattan is the headquarters of the New York Stock Exchange. Two of the recognized symbols for this street are the bronze sculpture of Charging Bull in Bowling Green and the Fearless Girl standing bravely across the New York Stock Exchange building.

More than one-third of New York’s residents are born outside the United States. Excluding millions of visitors and tourists that the city attracts annually, this statistic alone makes New York one of the top culturally diverse cities around the globe. Where ever you go, you always encounter new people and new languages. This diversity makes each neighborhood have a unique character and culture of its own.

10 Best Places to Visit When in New York

Right now, we are familiar with what makes New York one of the top touristic spots worldwide. It is now time to list the top attraction sites and places in New York. It doesn’t matter which time you visit New York; this city never stops astonishing you with its splendid energy, spirit, and style. Stay tuned for the top 10 best places to visit when deciding to take a trip to New York.

Statue of Liberty, constructed in 1886, was a gift from France to America as a symbol of friendship. Today, this statue has become one of the most iconic buildings on the horizon of New York City. This building is on its private island, Liberty Island, now a symbol of freedom and democracy. Visiting New York without having a glimpse over the Statue of Liberty is not possible, especially if it’s your first time visiting New York. This statue weighs approximately 450,000 pounds and is 152 feet tall.

Besides the Statue of Liberty, The Empire State Building is another iconic famous office building worldwide. This building is another symbolic structure in New York City, which visiting New York without the Empire State Building would be incomplete. This masterpiece from Art Deco design has been a prominent landmark since 1931. This building provides two observatories with astounding, uninterrupted views over the cityscape. All in all, this building is the most famous landmark, which is in the must-visit category.

The Guggenheim Museum is another attraction in New York, without which Fifth Avenue would lose its fame. This splendid and pristine building, with its cylindrical shape, stands out as a museum in New York. Pablo Picasso, Vasily Kandinsky, Édouard Manet, and many more artists’ works are displayed. This museum is dedicated to the 20th century and beyond the home to many contemporary arts. Besides what is on the inside, this museum is also famous for its revolutionary design by Frank Lloyd Wright.

On the subject of museums, if you are a family guy, then the American Museum of Natural History has something to entertain everyone. With eight permanent exhibition halls and occasionally special exhibitions, showcase many facts and objects about the natural environment of planet earth. Animals, fossils, science, and the environment are fascinating displays that require a day to explore. Based on Zagat Survey “U.S. Family Travel Guide,” this museum is one of the top attractions in New York City.

Founded in 1870, The Metropolitan Museum of Art, or in short, The Met, is one of the most famous museums in the United States and the entire world. All the arts for display in this museum date back to 5,000 years. There are more than two million American decorative arts, arms and armor, costumes, Egyptian art, musical instruments, photographs, and more in three sites. These collections also include Greek and Roman art, European and Asian paintings and sculptures, artifacts from Africa and the Americas, and more.

This glass floor is one of the most modern and unique buildings available in New York. Edge at Hudson Yards, with angled glass walls, is the highest outdoor sky deck in the Western Hemisphere. Being a unique building and providing a high angle means you access breathtaking views and a one-of-a-kind view over the never-sleeping city. When you first enter the 1,100 feet above the sky deck, you feel like you’ve placed a foot on the sky.

Brooklyn Bridge is a cable suspension bridge on the East River, connecting Manhattan and Brooklyn boroughs. With more than 13,000 pedestrians and over 3,000 bikers served daily, this bridge is one of the most photographed and visited places in New York. On this bridge, you’ll find a dedicated pathway for pedestrians and cyclists. One of the reasons this bridge is so famous is its picturesque environment over the East River to take photographs of Lower Manhattan, Governors Island, and the Statue of Liberty.

Central Park is one of the most iconic places and reasons New York is famous. When in Central Park, you can visit the most picturesque place in the city between the Upper East and Upper West sides of Manhattan. Lush gardens, elm trees, artificial lakes, bridges, and plenty of green space have made this park the green oasis in the heart of the city. Also, this oasis is a place where many New Yorkers go for picnic and jogging activities. Furthermore, if you are looking for luxurious hotels (more), many overlook Central Park and provide stunning views.

Visiting New York without paying a visit to Times Square isn’t complete. This square is one of the top popular things to do in New York. Some call this square the liveliest square in the world that, with street performances, museums, galleries, and access to Broadway shows, has a thing for all. If you are planning a trip into Times Square, make sure to visit it during the night. Nightlife in Times Square is exceptional, especially near New Year’s Eve.

St. Patrick’s Cathedral is a catholic cathedral in Manhattan. This cathedral, New York Gothic Revival example, attracts millions of visitors each year. Tourists and believers all find this cathedral a vital travel destination because of the several visual sights on 5th Avenue. White marble facade, Massive bronze doors and bronze baldachin, the Great Organ, Rose Window, 2,400 seating capacity, and the statue of Pieta at the side of the Lady Chapel are just some of the visual elements inviting you to please your eyes.

This list was a list of the best things to do and see in New York. Hopefully, by thoroughly reading this article, you have a grasp of knowledge about the most world-renowned landmarks and opportunities this fast-paced city has to offer. If you plan a trip to New York, rest assured that you’ll have the time of your life and an experience you’ll never forget. Some say a trip to New York acts as therapy and is one of the top experiences everyone is passionate about.