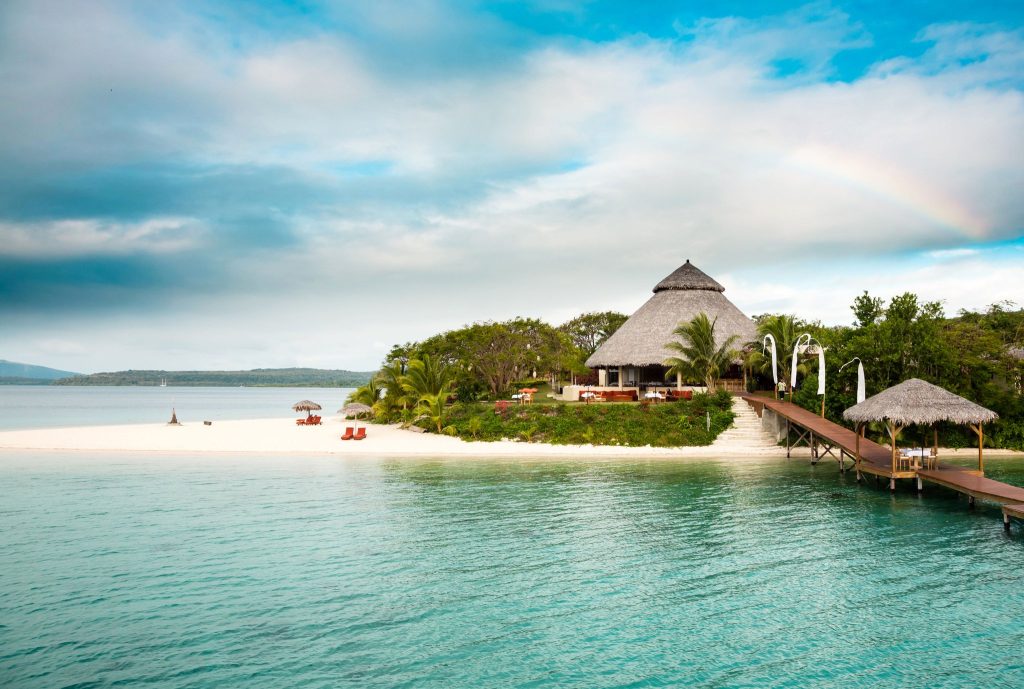 No one could predict the massive impact that the COVID-19 global pandemic would have on the world. Countries in every corner of the globe took knocks to their economy as a result of the closing of borders and tight restrictions and regulations being put into place. And even though this all began in 2020, nations everywhere are still struggling or are only now starting to recover a full year later.

The South Pacific Island of Vanuatu is a nation that was hard-hit by the effects of the pandemic. In April 2020, the Vanuatuan government made the difficult decision to close the country’s borders in an attempt to protect its citizens and residents – a measure that is ongoing and expected to remain in place indefinitely.

Naturally, this initiative was successful, and Vanuatu is currently entirely free of COVID-19, with only 3 confirmed cases on record for the period 3 January 2020 to 18 June 2021. Unfortunately, closing the borders came with a heavy cost. No visitors were allowed in or out of the island nation and all commercial flights were suspended, meaning that tourism was reduced to almost zero.

To put this in perspective, travel and tourism contributed 48.2% of Vanuatu’s GDP in 2019. This is a fairly large chunk and indicates that the country relies heavily on visitors to keep its economy running smoothly. However, this could not happen with the border closures.

It was expected that Vanuatu would have a very challenging year from an economic point of view – as was the case for many countries around the world – but the South Pacific Island shocked everyone by staying afloat all through 2020.

How was this possible?

What could have been a disastrous economic year turned into a manageable one for Vanuatu. This is largely due to the success of the country’s Citizenship by Investment (CBI) program, which contributed heavily to Vanuatu’s income over the last year.

Known as the Vanuatu Citizenship Development Support Program (VCDSP), the immigration procedure promises full Vanuatuan citizenship and the accompanying passport to foreign investors who make an economic contribution to the country. It’s a popular route to second citizenship for high-net-worth individuals, due to its fast, straightforward and efficient application process.

Naturally, it is not the only one of its kind in the world, having many counterparts in various regions of the world. However, where many other immigration programs suffered due to the negative effects of the global pandemic, Vanuatu has managed to thrive – comprising a staggering 42% of all government revenue received in 2020.

Making waves in the CBI industry

Earlier this year, it was reported that Vanuatu had set a new CBI-revenue record for 2020, making it the country’s 5th consecutive year of growth. A whopping USD 132.6 million in revenue was recorded, constituting the Vanuatuan government’s single-largest source of income for the year.

Chairman of the Vanuatu National Citizenship Commission, Ronald Warsal has confirmed that the Commission approved more than 100 applications for the program each month in 2020 – making it one of the most successful immigration programs for the year.

In addition, the CBI program’s year-on-year growth has shown strong progress, with funds collected in 2020 exceed those raised in 2019 by 25.8% – an even greater expansion than the previous year, which saw growth of 20.3% from 2018 to 2019. Given the global economic environment as a result of the COVID-19 pandemic, this accomplishment was a difficult feat to achieve.

So, Vanuatu is no stranger to its program being one of the most sought-after routes to a second passport. And in the absence of travel and tourism, it is the saving grace for the small South Pacific country, as well as foreign investors all around the world who are looking to gain from the benefits of second citizenship.

Why is the Vanuatu CBI program so popular?

There are many reasons why more than a hundred people per month are applying for the Vanuatu CBI program during a global pandemic that has had a drastic impact on the global economy. Some of the biggest are:

How you can get a Vanuatu passport via CBI

To be considered an eligible applicant to the Vanuatu Citizenship by Investment program, you will need to satisfy a qualifying investment in exchange for citizenship.

Investors are required to contribute funds to the Development Support Program (DSP), which will be used to support infrastructure and strengthen the economic development of Vanuatu.

The costs are as follows:

When seeking second citizenship in Vanuatu, be sure to render the services of an accredited and recognised advisor, like Savory & Partners.

When choosing us as your partner on this journey, you can be assured that you are in safe and capable hands. Savory & Partners is a long-standing and well-respected authorized agent that specializes in helping high-net-worth individuals secure citizenship and residency through investment for themselves and their dependents.

The Savory & Partners team is made up of a diverse group of industry experts who span over 15 nationalities, speak over 25 languages collectively, and come with decades of accumulated CBI and RBI industry experience. Our level of expertise and competence combined with our commitment to serving our clients with the highest level of professionalism and transparency has led us to aid over 1,100 families obtain a second passport with a 100% success rate. There is no one better positioned and more trustworthy than Savory & Partners when seeking the best results on your quest to secure a better future for yourself and your family.

If you would like to apply to the Vanuatu Citizenship by Investment program or would like to learn more, get in contact with us today for a free online consultation and one of our skilled agents will happily aid you in your inquiry.

We are available on every channel convenient for you.

Geneva and Aargau | Must visit tourist spots in 2022

What Is It In New York That Has Made It the Most Famous City in The World?