Transit-Oriented Development for the Compact and Walkable City 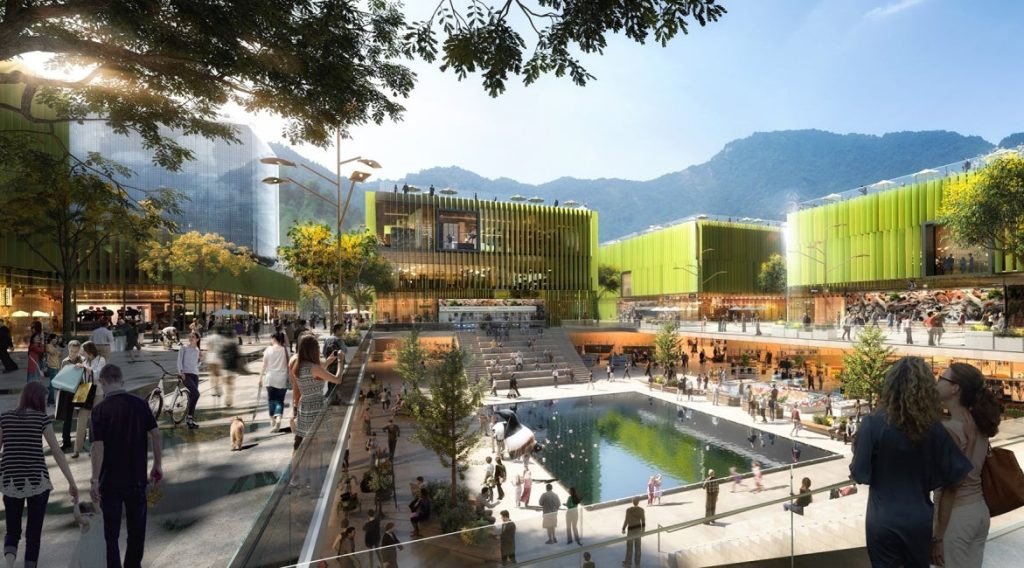 The making of compact and walkable cities is a rather complicated process.

When generally discussing the features of the compact city, there are the most common ones. Relatively high residential density, efficient public transport system, the opportunity for walking and cycling, low energy consumption, reduced pollution, and opportunities for social interaction.

However, there is more to the topic of the compact city, and it is important to know that it is not possible to apply these features to every city.

When considering planning or regenerating cities, there are different factors and aspects that planners have to take into account. The most important factor is the people, who live or will live in the city and use its facilities and infrastructure in everyday life. That’s why the TOD-oriented, compact and walkable cities are a good initiative.

The need for planning new urban areas or regenerating deprived neighborhoods is the result of the combination of population growth and land scarcity. It is not by choice but by necessity to make the most of the available space in today’s ever-growing world. That’s why the TOD-oriented, compact and walkable cities are a good initiative.

Current TOD projects show that they can work in most Western and developed countries but are not possible to apply to many other megacities.

The successful compact city examples are in European countries, mostly in Denmark, Sweden, and Italy where the population is not too large, and the state is wealthier.

Most of the unsuccessful examples are in Brazil, some parts of the USA, and developing countries, where it is difficult to fund new developments or manage the volume of people.

It is often mentioned that compact cities should have increased pedestrian traffic. According to the Danish architect and urban designer Jen Gehl (2010), after careful design, the city space must be inviting for people because city life is a self-reinforcing process.

He highlights that “people come where people are”, which means people are inspired and attracted by other people’s presence, and they will more likely to go on the streets or public spaces if people are already there.

Moreover, Gehl (2010) suggests designing new urban areas on a smaller scale would enhance the attractiveness of the space. It would result in concentrating the people and activities around a limited number of main streets which connect key destinations.

Also, designing the streets with small retail units would provide entertainment while walking. This would enhance a more social environment, create jobs in the retail industry, and it would make it easier to get around the area.

This, however, leads to the question of density. What level of density makes the city lively and enjoyable, but does not create an uncomfortable and crowded feeling?

According to Gehl (2010), it is widely believed that lively cities need high building density. However, this usually creates dark, unattractive streets with strong gusty winds due to many high-rise buildings in a limited area.

There is a comparison Gehl uses – Barcelona, and Manhattan, in New York. The Cerda city structure in Barcelona provides good city space, vibrant street life, and has a higher development density without high-rise buildings.

In the meanwhile, in Manhattan many people live and work in high-density buildings, and the surrounding city space can easily become uninviting and dark.

TOD is one of the best tools to create and sustain vibrant and livable communities. It comes in different forms depending on the opportunities and needs of the urban area.

It is centered around a high-quality and efficient public transport system to enhance a compact, walkable, and pedestrian-friendly city.

More cars on the streets mean less space is available for bikes and pedestrians. Investing in bicycle infrastructure is affordable and has many more positive results than other types of traffic investment, such as widening roads for car traffic.

Bicycle traffic comes with no pollution and makes the riders healthy, therefore happy too.

According to Gehl, a mixed-use road can be a solution for car, bicycle, and pedestrian traffic. The drivers are more cautious when they know they are entering a mixed-use zone. This, of course, cannot be applied to all cities.

It is also important to understand the scale of the human body. Nowadays buildings and public city spaces are often built on a much larger scale.

Yet people who are expected to live in it will always be small. The space loses its meaningful purpose when there is such a big difference in the sizes.

Initial preparatory work is essential, to explore the character and dimensions of the anticipated life in the area. This is followed by determining the city spaces and structures, based on the desired walking and cycling connections.

It is only after this preparatory work that buildings can be positioned to ensure the best possible balance between life, space, and buildings.

The drive behind building compact cities has constantly changed over the last 150 years. Currently, sustainable energy, water usage, and waste-minimization dictate the need for compact cities.

In the 21st century, the global population is shifting from rural areas to predominantly urban areas. By 2050 it is expected that urban areas will accommodate 75% of the population, accounting for over 5 billion people, and predominantly around the USA, Asia, and developing countries.

However, few researchers raise the question of how to accommodate such large volumes of people, in countries that are already struggling, particularly developing countries. Throughout these, there are large areas with informal housing, which are densely populated and primitively structured.

Cities which expanded enormously over time, such as Sao Paulo with over twelve million, or Beijing with a population of over twenty-one million, will never be able to function as a compact city defined above.

Due to the differences in scale, megacities need different strategies when planning to serve the needs of their users.

Currently, Sao Paulo is the opposite of a compact city. The jobs and services are in the city center where the housing prices are very high and only the wealthy can pay for them.

The affordable housing and low-income citizens’ settlements are a two-hour car commute away because there is no public transport. Therefore, the roads and motorways are highly congested, and it takes up a lot of time from the citizens’ life.

There is a high number of slum dwellers too, currently more than 890,000 households living in temporary settlements.

Moreover, unpredictable weather conditions are becoming frequent making it even more difficult for the state to keep its citizens safe. Due to climate change, there is a heightened risk of flood and drought.

This proves that the compact city concept would rather work in a moderately dense city where there are available funds for building the appropriate public transport and traffic infrastructure.

However, applying a few of the compact city features could take some of the pressure off. Creating a public transport system and investing in bicycle and pedestrian infrastructure could help overcome the difficulties caused by the high density, improve the future job market, and reduce the effects of climate change. 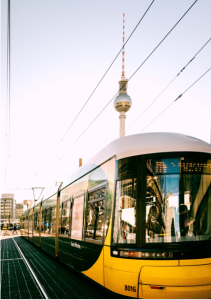