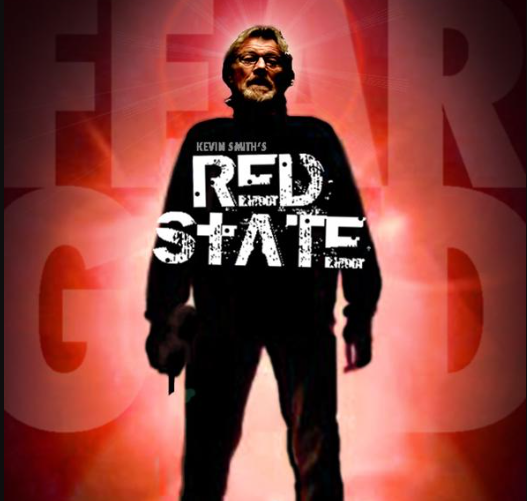 Kevin Smith’s Red State, starring John Goodman, Melissa Leo and Michael Parks, is a sad attempt to imitate the Coen Brothers and Quentin Tarantino. 1/5. Get it for free or other movies at 123Movies.

Imitation may be the sincerest form of flattery, but Kevin Smith’s latest (and possibly final) film Red State proves that imitation is beyond his skill set. A self-admitted homage to “Quentin Tarantino and the Coen Brothers,” the film is a self-indulgent exercise in violent nihilism, lacking Tarantino’s pacing and the Coens’ biting wit.

When three Midwest teens (Michael Angarano, Nicholas Braun and Ronnie Connell) get an online invite from an older woman, they think they’re going to lose their virginity in a kinky foursome. But the boys find themselves imprisoned by a cult run by sinister preacher Abin Cooper (Michael Parks). He’s waging a violent war against “faggots and degenerates” and the teens are next on his hit list.

Meanwhile, ATF agent Joseph Keenan (John Goodman) is told to investigate Cooper’s group, which swiftly escalates into a Branch Davidian-style shootout. Back inside the compound, young Cheyenne Cooper (Kerry Bishé) tries to get the children safely out of harm’s way before the ATF kills everyone.

Red State (the title refers to an American state that votes predominantly Republican) is a mean-spirited affair; an excuse to jerk the audience around while telling you that everything and everybody sucks. Nothing wrong with jerking your audience around: Slackers and The Usual Suspects (to name just two) played with audience expectations beautifully, while the Coens’ Burn After Reading was a brilliant exercise in misanthropy.

But to copy those films’ success requires an understanding of how they pulled it off, something Kevin Smith sorely lacks. Take a sequence where Abin Cooper delivers a homily before killing someone. It echoes a scene from Tarantino’s Pulp Fiction but Smith draws the sermon out too long, which sucks any impact from the inevitable kill.

Audiences will accept being jerked around by a film-maker if they believe there’s a point that’s being made. With Red State, Kevin Smith sets up expectations so he can knock them down purely for his own amusement. After the second or third time, I mentally disengaged: there was no reason for me to care about this film because Smith was playing a shell game, making a batch of two-dimensional clichés run around in every direction before committing the cinematic equivalent of “rocks fall, everybody dies.”

If Red State is in fact the last film Kevin Smith will ever make, then the former indie darling has crashed and burned. Like M. Night Shyamalan – who showed such promise with The Sixth Sense and plummeted to The Last Airbender – Smith outs himself as a one-trick pony, floundering outside his View Askewniverse. Red State gets a 1/5.