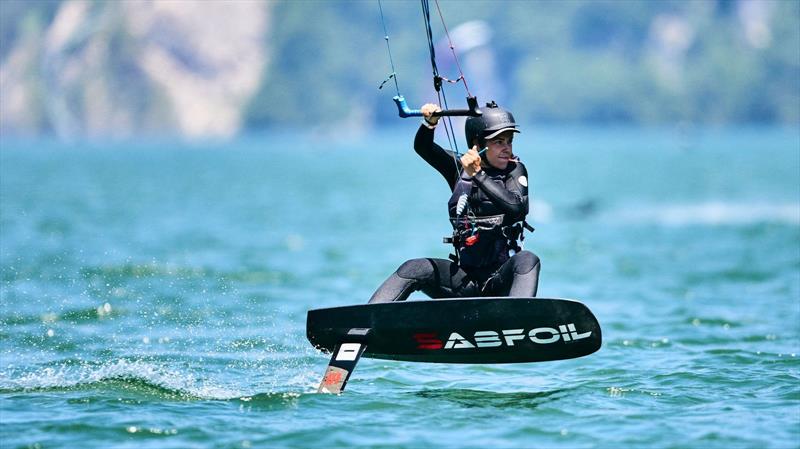 Kiteboarding is one of the most interesting sporting events in the world. Therefore the KiteFoil competition is going to be held in the Canary Islands from 1st to 4th of December 2023. Since it is the winter season, the whole of Europe is shivering from the cold but the Canary Islands are enjoying a very good amount of sunlight and healthy weather with good wind. These all are the perfect ingredients to make a speed-boating competition successful.

The high-speed foil racer will have ample chances from their end to show their skill in sailing through the water. This competition is going to host 24 competitors from 14 countries across 3 continents of the world. Speed Foiling is basically dependent on the wind. As the wind speed increases, the speed of the boats will also increase. Therefore strong wind is like a blessing for the KiteFoil sailors.

The next Olympic Games are going to be hosted by Paris in 2024 and their KiteFoiling will be introduced as a new event. This event is surely going to attract the attention of the viewers and the sailing lovers. Some of the Olympic aspirants are taking part in this Gran Canaria series. The basic difference between this event and the Olympics will be that there will be lesser chances to choose the equipment will be more. This Gran Canaria will bring an opportunity to the sailors to bring and test their best weapons here.

Among the participants, Axel Mazella is in an advantageous position. He is an experienced campaigner and moreover, he has won two of these trophies before in 2017 and 2019. Therefore he has the experience and is very much familiar with the kind of situation appears in during the race. This French sailor has passed two of his fellow competitors behind him namely Denis Taradin and Connor Bainbridge from Russia. There is a part of this competition for the women too. Poema Newland is one such competitor who has led the team from France. Newland is continuing her winning streak in the Fuerteventura event this season and is marching towards winning the Woman’s crown in 2023.

Australia’s Torvar Mirsky and Jack McKendrick have not participated in this event but they are also preparing themselves to participate in the Olympic events. These two professional sailors are preparing hard for the World Series event of KiteFoil too. According to McKendrick, he is very much eager to participate in the World series and thus he is practicing to get to his best. He is in search of success in world events and is practicing in different areas of the world.

On the other hand, Mirsky’s double victory in the World Match Racing Tours in keelboats and catamarans has brought him into the spotlight. Though he stayed two years away from professional keel boating due to his studies, he is now restoring his passion to sail through the blue water mass. Though he is deprived of any kind of Olympic experience in this sporting event, he is still hoping for the best.