Dogecoin vs. Shiba Inu: Which One Fits You? 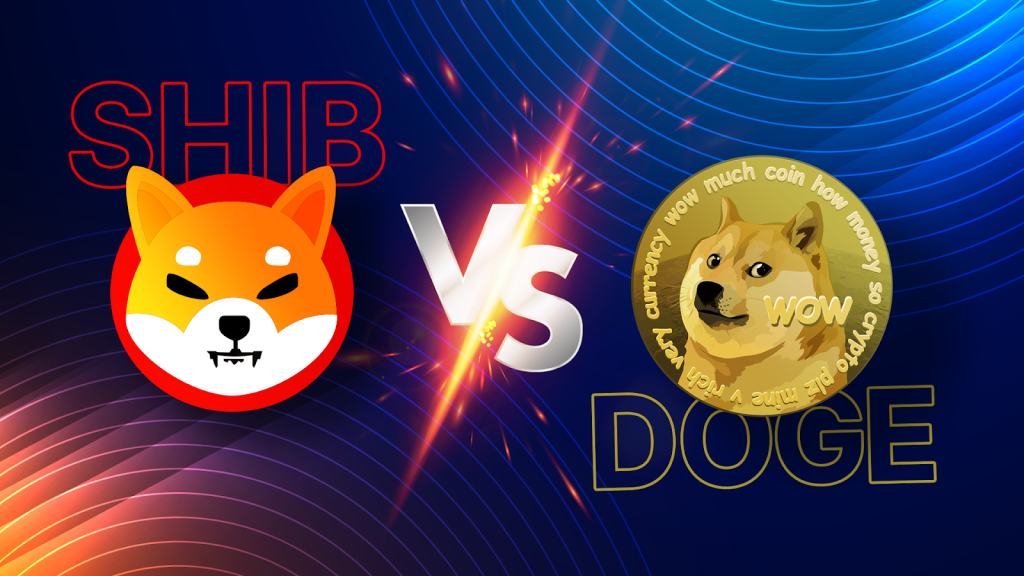 It’s 2022, and there is no longer any debate whether cryptocurrency is a big deal in town or not – because it is. But there is a fierce debate between the two meme lords, Dogecoin and Shiba Inu. Both coins are internet meme dog-inspired, and the two are presently making waves in the crypto market. They have a huge community following them on social media, including celebrities like Elon Musk.

But before you go ahead to invest your life savings into meme coins, you need to know and understand what you are getting into. So in this post, we will be comparing the two most popular meme coins in the market so you can make an informed decision as to whether you should buy Dogecoin or Shiba Inu.

Dogecoin and the Technology Behind It

Dogecoin was created in 2013 by two popular engineers, Billy Markus and Jackson Palmer. They got the name of the coin from a popular Doge meme at the time, which features a Shiba Inu dog. The native currency of the Dogecoin blockchain is DOGE.

Dogecoin uses the same technology as Bitcoin – they both use the Proof of Work consensus mechanism to verify transactions on their networks. However, compared to Bitcoin, Dogecoin seems to perform better as an everyday payment option because its transactions seem to be faster and attract lower fees. Dogecoin also has more coins in circulation than Bitcoin, and there is no maximum supply of the coin.

Dogecoin mining also seems to be more functional than Bitcoin’s. It is mined with Litecoi. What does that mean? If you decide to mine any of the two coins, you can also mine the other coin. This gives you a more stable network power.

Since the creation of Dogecoin, there was so much growth until 2021, when the meme coin took the world by surprise, pushing its total market value above $24 billion – thanks to the celebrities that drove its popularity. Presently, Dogecoin is the eleventh-biggest cryptocurrency by market cap.

Shiba Inu and the Technology Behind It

Shiba Inu is another popular meme coin and was created in 2020 to serve as a “Dogecoin killer.” Since its creation, the coin has experienced tremendous growth, with about 25 million percent gains in 2021. Its growth dwarfed many cryptocurrencies in 2021.

They Are Both Memecoins; So, What Is Fuelling Their Popularity

Presently, DOGE and SHIB are the two kings in the meme coins world despite the recent run-ups in their prices. It is evident the two coins still have more cards up their sleeves. The growing interest in cryptocurrency, even among typical conservative investors, and the influx of new online trading platforms in the market is another factor pushing up the acceptance of meme coins. The ability to turn a relatively small investment into a huge heap of wealth is something the general public cannot resist.

The two coins are both based on the small bear-like breed of Japanese dogs, and both of them have a huge community of loyal fans following them on social media. However, the sad thing is that none of them has that much real-world utility. Both of them work well for making payment online but not having much functionality have greatly limited their growth in the crypto space. What more? Let’s see a quick rundown of how the two cryptos stack up:

Dogecoin vs. Shiba Inu; Which Is Best for You?

Well, this totally depends on you and what your portfolio looks like. But remember that both of them are highly speculative investments, and both have market caps that are well above a billion dollars. Investing in any of them means taking a really huge risk.

But if you think this is what you can do, going for Dogecoin will make more sense as an investment than Shiba Inu. But if you don’t have such a high risk tolerance, you might just need to consider some other tokens that seem to be less risky, such as Ethereum, Ripple, Uniswap, Aave, etc.