Bitcoin Vs Ethereum: Which is a Better Buy? 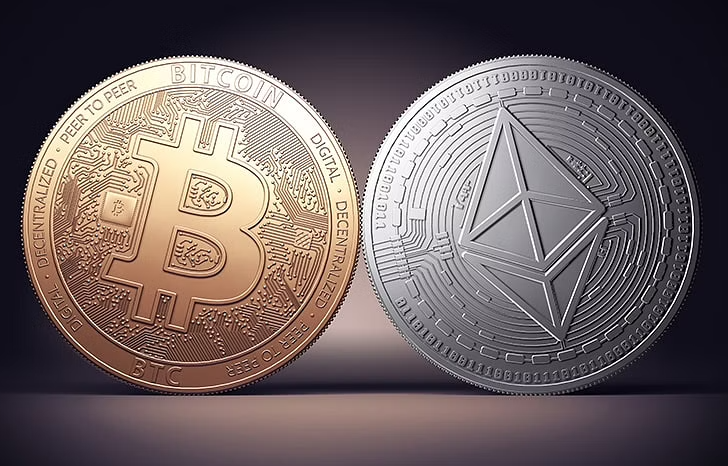 Cryptocurrencies, also referred to as digital currencies, are all the buzz these days. The crypto market has seen several breakout moments right from skyrocketing market capitalizations and more than 300 million investors.

Bitcoin and Ethereum are the two biggest currencies dominating the markets. They have drawn the most attention and even changed the course of the markets.

Before we learn which of them is a better investment, let’s first understand what each of these currencies is.

Bitcoin is the first digital currency that was launched in 2009 by a person or a group of people known as Satoshi Nakamoto. It is a peer-to-peer currency that allows transactions between people and businesses. All this without the intervention of any third party.

Ethereum is an open-source blockchain system working on a decentralized platform. It was launched in 2015 by Vitalik Buterin to make blockchain secure and accessible enough to support a range of applications including online games, advanced databases, and complex financial tools.

This blockchain system has its native cryptocurrency known as Ethereum or ETH. Before trading in Ethereum, check its price and conversion rate. (Ethereum to INR).

Which One is a Better Investment?

To understand which out of these two is a better investment, it is important to learn how they differ and where they meet.

Let’s start with the differences:

Bitcoin was created to allow people and businesses to send money to one another. In other words, it was founded as a substitute for national currencies. It was also intended to be a store of value for speculation or savings.

Ethereum was launched with a larger purpose. The objective of creating Ethereum was to perform a wider range of operations and monetize the activities of Ethereum’s smart contacts and decentralized applications. It is slowly evolving into a world computer that uses updated versions of Blockchain2.0.

So, it can safely be said that while Bitcoin was launched with a generalized purpose, Litecoin’s creation aimed at the larger decentralization of the entire digital world.

Both Bitcoin and Ethereum use the Proof-of-Work algorithms to validate their transactions. With this algorithm, miners all over the world solve complex mathematical problems to add a block to the respective blockchains.

However, Ethereum is moving to a different algorithm known as Proof-of-Stake. According to this transaction validation system, a miner can validate block transactions depending on the number of coins that they own.

An important determinant of any coin’s price is its supply. Just like regular currencies, digital currencies also regulate their money supply by keeping a tab on their growth rate and money in circulation. While Bitcoin’s maximum supply is capped at 21 million coins, the Ethereum platform has no such limit. It has a cap on its annual supply of 18 million ETH though.

Where Do Both The Coins Meet?

Despite all the above-mentioned differences, both Ethereum and Bitcoin have some commonalities. Both were created to decentralize industries and financial systems around the world.

Both are seeing growing popularity, stability, and adoption by millions of investors around the globe.

When it comes to taking a decision about which crypto to invest in, one should remember that both present the opportunity to offer value and create a healthy and diverse portfolio. It is always advised to familiarize yourself with each currency and make an informed decision. You can utilize credible platforms like Coinswitch to keep an eye on the changing trends in the crypto markets.