Obtain Damages if a Slip and Fall Accident Caused Injuries

By Julia_RockzNovember 12, 2021No Comments5 Mins Read 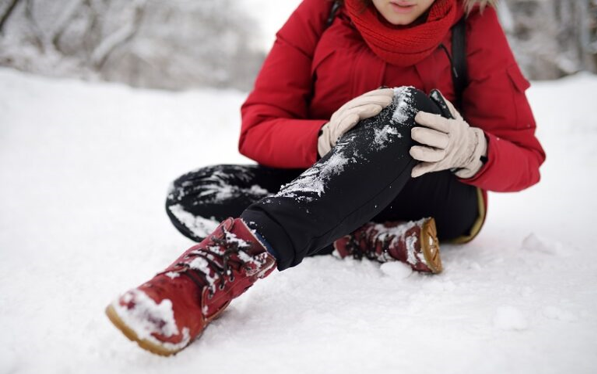 A significant number of people are injured every year because of preventable slip and fall accidents. Whether caused by wet floors or an uneven floorboard, these types of accidents can cause serious long term injury or even death.

If you or your loved one has been injured because of a slip, trip, or a fall on somebody else’s property, it is important to remember that the property owner can be held liable for expenses related to treating your injuries and other damages. You will require sufficient evidence to prove negligence on the part of the homeowner. Contact an experienced Slip And Fall Lawyer to hold the property owner accountable if one of the following is true:

The owner did not knowingly ignore a hazardous condition, but should have known of the condition or it would have been obvious to a reasonably prudent homeowner upon inspection.

If you want a successful outcome in a slip and fall claim, you must establish the owner’s liability for the unsafe condition. Regardless of whether you are trying to obtain an insurance settlement or litigating the case, if you want to win you must be able to demonstrate that someone else is responsible for the accident and subsequent injuries.

Some of the fundamental questions that must be answered in a slip and fall case are:

Opposing parties often try to avoid or reduce liability by showing that the injured party’s own actions brought about his or her injury or that someone else is liable. Pennsylvania is a modified comparative negligence state. This means that a plaintiff’s (the person bringing the complaint) contributory negligence will not bar recovery provided their own negligence is not greater than that of the defendant (the party defending against the plaintiff’s accusation).

How to Prove Negligence

The elements of negligence in a premises liability case are generally demonstrated by evidence showing:

Was the accident caused by poor lighting or less visibility?

Did the injured person have a lawful reason to be on the property? In general, a property owner does not have a duty to warn a trespasser of dangerous conditions.

Establish Property Owner Liability, Not Your Own

In any slip and fall case, the property owner might argue that the plaintiff is partially responsible for the accident that led to damages. As discussed, Pennsylvania is a modified comparative negligence state. As such, a plaintiff’s entitlement to compensation may be reduced by the percentage of liability that they are found to have contributed to the accident.

There are several factors that determine whether a plaintiff is contributorily negligent in a given case. These include, but are not limited to, the following:

Was the plaintiff engaged in reckless or wanton activity?

Did the plaintiff have lawful access to the place where the accident happened? This is a more specific question than whether the plaintiff was a trespasser. For example, you may invite a friend to have dinner in your home, but that does not necessarily authorize them to explore your attic or basement where hazardous conditions might exist.

Were there sufficient warning signs posted near known hazards?

Were there other safety precautions ignored, such as locks or verbal warnings, and not adhered to?

For a better understanding of your legal options and to improve your probability of a successful outcome, it is helpful to have a representative who understands the complexities of premise’s liability. For more information, please visit a website.

How to Play Free Slots

How to Play a Slot Game Free on Your Mobile Device