Is there a treatment that has been clinically proven to work for female hair loss?

By Julia_RockzNovember 25, 2021No Comments3 Mins Read 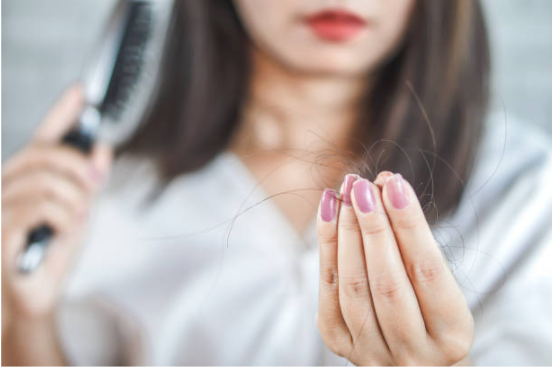 A third of women have hair loss (alopecia) at some point in their lives, with up to two-thirds of postmenopausal women suffering hair thinning or bald spots. Because it is less culturally acceptable, women’s hair loss has a greater impact than men’s hair loss.

Alopecia can negatively impair a woman’s emotional well-being and quality of life. Alopecia is a hair loss condition in both men and women. Androgenetic alopecia is a term for female-pattern hair loss.

If you have unexpected hair loss of any kind, you should see your primary care doctor or a dermatologist that can figure out what’s causing it and obtain the best hair loss treatment for females. Medication is the most common treatment for hair loss in women. Some of them are as follows:

Minoxidil: This medication was originally intended to manage hypertension, but users noticed that it helped them regenerate hair in locations where it had previously been lost. In experiments, minoxidil has been found to promote hair growth when applied to the scalp.

Due to the research, the FDA initially approved over-the-counter 2% minoxidil to treat hair loss in women. Since then, a 5% solution has become available for ladies who require a more potent hair loss treatment.

Minoxidil isn’t a miracle drug. While it can assist some, but not all, women in regrowing fine hair, it cannot replace the density of the hair that has been lost. It’s also not a quick fix for female hair loss. You won’t see any results for at least eight weeks after you start taking the medication.

Expect a six- to 12-month trial because the effect normally peaks around twelve weeks, but it could take longer. If minoxidil works for you, you’ll need to keep using it to maintain your results. If you stop, you’ll start losing hair again.

Anti-androgens: Androgens, such as testosterone and other “masculine” hormones, can expedite female hair loss. Anti-androgens can help. Some women who don’t respond to minoxidil may benefit from adding spironolactone to their treatment. This is especially true for women with the polycystic ovarian syndrome (PCOS), who produce excess androgens.

Doctors frequently prescribe spironolactone in conjunction with an oral contraceptive for women of reproductive age. A woman should avoid becoming pregnant while taking one of these drugs since they can cause genital abnormalities in a male fetus. Adverse effects include weight gain, libido loss, melancholy, and tiredness.

Iron supplements: Hair loss in certain women may be caused by an iron deficiency. Your doctor may check your blood iron level if you’re a strict vegetarian, have a history of anemia, or have heavy monthly bleeding. If you have an iron deficiency, you must take a supplement to stop losing hair.

On the other hand, extra iron will only have negative consequences such as stomach discomfort and constipation if your iron level is normal.

Hair loss affects men and women equally. Hair loss in women can be caused by various circumstances, the most common of which is androgenetic alopecia. Females can choose from various hair loss treatments, including over-the-counter (OTC) hair loss remedies that are often effective.

Anyone experiencing hair loss should contact a doctor to rule out any underlying problems and receive the best hair loss treatment for females. If a doctor suspects another cause or the patient isn’t responding well to over-the-counter medications, they’ll look into alternative treatment options.

To Know More Seven Things Before You Didn’t Know About Live Biting.

How to Know If You Need to Consult a Psychologist